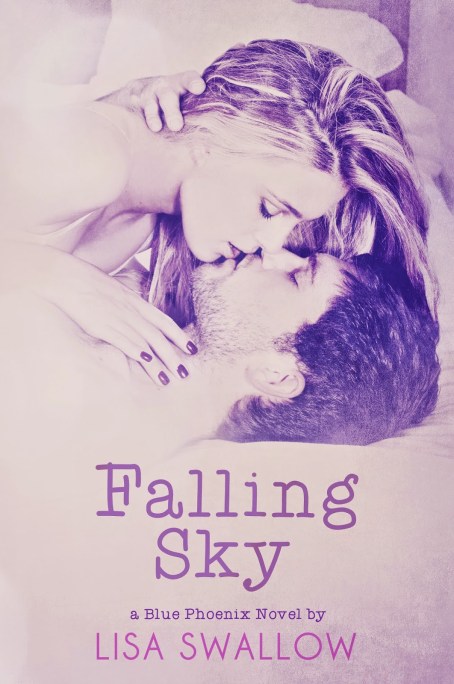 This book is the second in the Blue Phoenix series, and is the continuation of the story told in Summer Sky. The Blue Phoenix books are a series of contemporary romance novels and novellas centred on the fictional rock band Blue Phoenix.

Lisa is an author of new adult romance and writes both paranormal and contemporary, often with a side of snark. In between running a business, looking after her family and writing, Lisa sometimes finds spare time to do other things. This often involves swapping her book worlds for gaming worlds.  Lisa is originally from the UK but moved to Australia in 2001 and now lives in Perth in Western Australia with her husband, three children and dog. 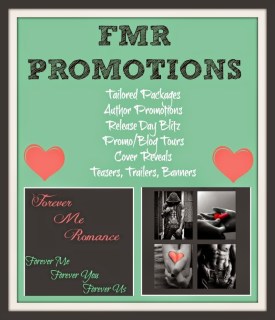 The restaurants I normally go to don’t have security on the door, or photographers hanging outside chatting to them as if they’re long-term work colleagues. These men are good looking, designer suited with earpieces and not the roughed-up bouncers from nightclubs back home, but they’re still security and there’s a reason for them to be there.

From the outside, the place is very understated, “The Cauldron” is written in small green letters beneath a covered entrance where the photographers lurk. The bouncers stand at a heavy, open black door and the windows are obscured by blinds so it’s difficult to see (or photograph) the diners. To me, the restaurant doesn’t look much different to the ordinary Italian place I went to in Bristol.  This restaurant doesn’t contain ordinary people, and I doubt it ever does. Nobody looks twice at Dylan and me as we walk through, apart from a couple of curious glances from the waitresses. I grip Dylan’s hand and he strokes his thumb across mine, a gentle reminder he understands my discomfort.

The stone-topped tables are arranged far enough apart for discrete conversation, although I notice some are closer than others. The section of the restaurant we’re seated in is partially screened by a huge aquarium filled with brightly coloured blue and yellow fish, and I suspect our table for two is one of the most sought after for privacy. Dylan orders expensive champagne before the waitress has a chance to leave and I pull a face at him.

“Then let me date you the way I want to.” He attempts a stern tone, but there’s a hint of a smile at his lips.

I kick him under the table. “You’re lucky I agreed to come.”

“You look beautiful,” he says and leans over the table to kiss my nose.

“You’ve told me approximately twenty times since we left you place.”

His eyes zone in on my breasts, and I flick him a look. The dress is elegantly perfect for the location. The knee-length dress made of a satin fabric hugs the curves Dylan loves so much, a flattering shape and dark blue colour. I hate to admit I’d have picked this myself and I do feel happier to be dressed like this in the environment I’m in. The neckline is scooped a little lower than I’d have chosen though.

Dylan’s tattoos are covered by a blue shirt tonight, in a  colour to match my dress. The top two buttons are undone so a hint of colour from the ink at the top of his chest contrasts nicely. Nicely? Am I starting to like tattoos? My mind wanders off on its own course, remembering other parts of Dylan’s tattooed body and realising I now associate ink with mind-blowing sex. I breathe out heavily and he gives me a curious look.

A woman at the nearby table watches us, no longer paying attention to the man she’s with. He’s older with salt and pepper hair, designer suited and impeccably groomed. She’s my age and is perfectly made up – face, hair and clothes. I managed the dress part, my hair and make-up not up to her standards. My girlish fantasy of wearing designer dresses and stalking around with a hot as hell, famous guy allows me to return her scrutiny with a smug smile.

I study the menu. “This is English but it reads like a foreign language? I don’t understand any of these words.”

“They’re just trying to make it sound as exclusive as the prices.”

I attempt to decipher foreign words and I’m unable to figure out what any item contains. “Whatever you say, I’d rather eat fish and chips on the beach. Or a bacon sandwich.”

Dylan looks at my mouth. “Me too. Maybe next time.”

The champagne arrives and the waiter pours two glasses. Getting pissed off with the scrutiny of the woman opposite, I fix her with a ‘what?’ look as I drink. Maybe I should sip, but I don’t sip. I set the glass back down and Dylan reaches across to place his hand over mine.

“I heard Kelly and Declan are coming later, they’re over from the States and currently more interesting than me so the paparazzi should have a different focus.”

“Oh, I’ve heard of them, even without hearing the surnames, so they must be more famous than you,” I say and Dylan pokes his tongue out. Well, they are Hollywood A Listers and I know more movies than music.

Dylan pours me another glass. Crap, did I drink the whole thing already? “They’re small glasses…”

Laughing, Dylan empties his glass and refills the same. “I’ll keep up.”

I don’t want Dylan to drink, but I don’t say anything. The fact he is indicates he’s as nervous as I am. I agreed to the date, to starting again, but everything is fragile.

The appetisers appears, tiny scraps of salmon and asparagus with a weird looking bread that seems stale to me, in the middle of huge square white plates.

“No wonder famous people are so skinny!” I say a little too loudly and the woman at the next table who’s interested in me and Dylan looks over.

Despite our attempts to avoid Christmas, subtle decorations adorn the walls as a reminder and there’s a meal on the menu that possibly reads as Christmas fare. It’s difficult to tell.

“Why do you hate Christmas so much, Dylan?” I ask.

He focuses on his food. “My Dad left when I was eleven, and Mum died four years ago and both things happened at Christmas.”

“Oh, I’m sorry about your mum.” I reach across the table and squeeze his hand, unable to imagine losing one of my parents so young. He curls his fingers around mine. “Do you have any other family back in St Davids?”

“Not really. I don’t have a brother or sister, and just my Gran is left. I haven’t seen her for a few years either. Not since Mum’s funeral.”

He chews on his bottom lip. “I don’t go back there anymore. Too many memories.”

This is the first time we’ve spoken about anything outside of the intensity of us, and the crazy events around our relationship. It seems more than just the real world was missing from our bubble. Dylan mentioned this past the first morning together, when we searched for shells, at the point I first saw a connection to him. His sadness that morning is apparent now too.