As not everybody sees my Facebook posts, I decided to share the latest news about the Blue Phoenix series here.

The next book in the Blue Phoenix series is titled Unplugged.

Unplugged was originally going to be a Christmas novella but I have changed to a full book about Liam and Cerys.

This means Jem’s book, Rising, will be published early next year.

The as-yet-untitled ‘Dylan point of view’ novella to accompany Summer Sky will also be published next year. 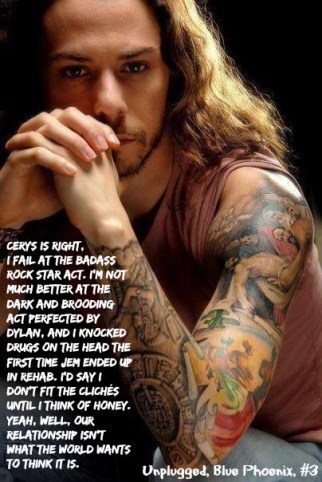 “A rock star doesn’t return to his humble beginnings and whisk away the girl he kissed once. Especially if she has a three year old and her relationship status is ‘it’s complicated’.”

Blue Phoenix bass player, Liam Oliver, has everything he wants: fame, money and Honey Wilson. But when he discovers pictures of his fiancée with another man, Liam’s world crashes around him. Despite her denials, Liam ends their relationship. He packs up his humiliation and hurt and flies back to his Welsh family home for Christmas.

Cerys Matthews once had pictures of Liam Oliver covering her bedroom wall. Her best friend’s big brother never gave her the time of day when they were growing up. When she was fifteen, he left town leaving Cerys with her fantasies. Now he’s back. The problem is, she has a three year old daughter and a broken relationship of her own.In the world of his Christmas past, Cerys and Liam reconnect. Is this two hurt people looking for comfort in a time of heartbreak or does Cerys have a place in Liam’s future too?

Links to the other books in the series:

Keep up to date on all things Blue Phoenix on their Facebook page – release dates, teasers etc are shared here first!