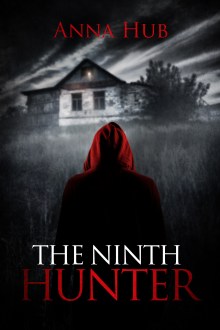 These weren’t ghosts of the dead with unfinished business. They were something far more sinister.

Daniel Barrow is a ghost hunter bound to a life of misery; protecting the world from ghosts by killing their human hosts. He knows the rules: mark the targets, plot the crime scenes, and then murder those beyond saving. Daniel’s safe in his rituals—until he meets Faye Michaels.

Faye isn’t his average target and her ghosts threaten to destroy everything he has worked for. When his ritual goes wrong, Daniel must create an uneasy alliance with the woman he intended to kill. But the deeper they dig, the closer they get to a dangerous secret that will change their lives forever.

Daniel must make a choice: fulfil his duty, or turn his back on those he has come to trust. Can the truth lead him to salvation?

This was uncharted territory. In all his years of ghost hunting he’d always taken solace in the fact that the ghosts couldn’t physically reach him. Now the rules didn’t stand and he had to be prepared for anything.

Daniel shut the door gently in the hope they wouldn’t be interrupted. He took a mirror from his pocket and searched for the ghosts. They had to know he had arrived but there was no sign of them yet. Perhaps they had a more calculated approach this time. One thing was certain—they wouldn’t let him kill Faye without a fight.

A groan sounded behind the curtain and his throat dried out. He’d never had to face a victim after he’d attacked them and it wasn’t just that he feared the girl’s reaction; he didn’t know exactly how it would make him feel.

He dropped the tablet into the medicine cup and pulled the curtain aside. Faye was asleep with the bed propped up to prevent her neck extending too far. A thick bandage covered her wound. The surrounding skin a mix of yellow and purple. Daniel remembered the way her skin had split beneath his knife, the thought creating a sense of heaviness in his chest.

Faye’s eyes shot open, almost as though she sensed his anxiety, her breath rapid in the otherwise silent room. At first, Daniel couldn’t move, sure she was about to scream. Instead she blinked, her eyes glassy from medication.

He swallowed. “I’m sorry, I didn’t mean to scare you.”

Could he pull his blade out faster than she could call for help? She stared and he waited, each beat of his heart emphasising the slow seconds as the pressure in Daniel’s throat built up, spreading all the way to his jaw. He had to distract her, but the sight of her blue—and somehow bottomless—eyes froze him.

For one small moment he was moved. He wanted to whisper an apology, to have her know she hadn’t done anything wrong—it wasn’t her fault she was haunted. But there was no space for thoughts like that; he had to concentrate on his task.

He forced a smile to his lips. “I’m on a medication round, thought I’d see how you were.”

Faye didn’t answer. She looked to the window, the reflection showing two ghosts hovering on either side of her.

“Do you feel okay?” he asked, searching for a clue of what might be going through her head.

Perhaps she didn’t remember him after all. Daniel tried to relax his posture as he took the chart from the end of the bed. Hopefully the drug he was about to give her wouldn’t interact too badly with the morphine recorded on her medication chart. Still, he had to take the chance. He didn’t want her revealing anything to the police—sometimes the smallest piece of information was all they needed to catch a killer.

“This tablet will help with the nausea.”

Faye watched as he poured water into her cup, her expression filled with turmoil. He’d always found it easy to play whatever part he needed, but this situation was like nothing he’d experienced before. He’d never felt more like a killer. If she had her wits about her she might have recognised his discomfort but he forced a smile once more and pushed the cup closer. She looked at him, her eyes cautious before she swallowed the tablet and took a drink.

Daniel picked up the water jug. “I’ll fill this up.”

He turned the tap in the bathroom and lifted his gaze to the mirror, startled to see a ghost standing right behind him. Despite the bristle of hair and the deep-rooted feeling that he wasn’t safe, the energy reminded him of what it was like to be human. The rest of the time he was just a shell.

Opaque skin barely covered the ghost’s veins and her detailed form made her more human-like than the others. Her eyes weren’t the regular white, but rather the deep blue of night, and her hair a harsh white instead of mottled brown. At first he was bewitched, her edges shimmering as she leaned in and brushed against his shoulder. He jolted; disturbed by the distance she’d travelled away from Faye. This must have been what Lamont spoke about. They weren’t bound by rules anymore. Daniel turned to the side, keeping his eyes on the mirror as the hair on his arms lifted and he thought about all the times a ghost had pulled him through the veil. He couldn’t let that happen now; these ghosts were too powerful to risk entering their realm.

He pressed one hand against the knife at his waist as he reached out to touch her. A chill spread up his hand before the creature flashed and disappeared. He waited to see if she would come back, but the mirror showed only his own pale face and an empty bathroom behind him.

Daniel paused to force away memories from when he was haunted. The ghost had reminded him how it felt to have your every move tracked, the rushing in your veins when you knew they were behind you. He splashed water on his face. Everything about this job felt wrong. He was losing himself, and if he didn’t figure something out soon, Faye Michaels would be his undoing.

Q & A with the author

Can you start by telling us what inspired you to write this book?

When I finished working on my last set of books, The Shadow Series, I was looking for a new story to write. At the time I was reading a lot of ghost stories, like the amazing, Anna Dressed in Blood by Kendare Blake, and The Graveyard Queen Series by Amanda Stevens. I really loved their style of combining ghosts with unique plots I hadn’t come across before. That was exactly what I wanted to create; a story that no one had ever read.

Creating my own mythology has been incredibly challenging, but I’m glad this book stands apart from others in its genre.

I think The Ninth Hunter appeals to a wide variety of readers. Although I classify the book as a standalone paranormal thriller for adults, I think it’s also suited to a younger audience. Young adult and new adult are my favourite to read and that’s what I had in mind when I wrote this book. The characters are a little too mature to fit into that category but younger readers will still be able to identify with the main character’s struggle for identity.

I’m a big fan of mixed genres so this book has something for everyone. It’s a fast-paced, action-packed thriller but I’ve also added a touch of romance, a pinch of horror and an unusual plot, which could almost pass as fantasy.

Who was your favourite character to write?

The main character, Daniel Barrow, wins this hands down! He’s such a complex guy, and probably the first murderer you’ll genuinely feel sorry for. Although he’s done terrible things, he’s trapped in a life of misery and at the core, he wants to do the right thing. He’s an incredibly flawed hero (anti-hero even?), but he’s so good at his job which makes him a complete badass at the same time. While I truly love, Faye, his strong female sidekick, I think her strength somehow adds to Daniel’s vulnerability and that only makes me love him more.

And finally, what does it mean to you, to have this book published?

Although I’ve previously published a set of four paranormal/fantasy novels, this book is by far my favourite. It’s definitely the most challenging story I’ve written and it’s been a long time in the making, but I’m hoping I’ve captured a unique story and created characters that readers will love.

When I was a child I wanted to be an author. It seemed like a perfectly attainable dream to me then, but of course I grew up and realised that writing was not the best way to make a future for myself. So I discarded the idea and decided to do something normal.

When I studied nursing I thought I’d found a place for myself, but within six months of working in that field I knew I needed more. So in July 2007, I bought myself a laptop and started writing in my spare time. It took me two years to complete my first book and by the time it was finished, I felt as though I’d learnt enough to pursue the dream.

My love for writing has grown rapidly since then and now I know that it’s something I can’t live without. It’s a place where there is no limit, no exact destination and my mind is free to exist in many worlds.