Book One: First of Her Kind 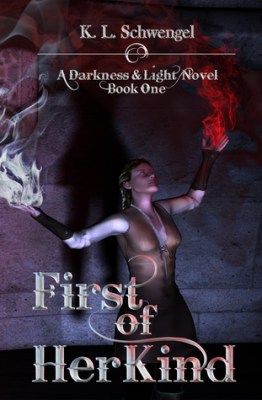 It seems everyone wants to dictate what Ciara does with her life: Serve the Goddess, destroy the Goddess, do as you promised your aunt — all Ciara really wants is to keep the two magics she possesses from ripping her apart.

And that’s not going to be easy.

Not only is her earth magic in complete opposition to her other power, blood ties pull her in divergent directions as well. And then there’s Bolin, the man sworn to protect her. There’s no denying the growing attraction between them, but is it Ciara he wants, or her power?

None of which will matter if Ciara can’t overcome her fear and learn how to use her gifts. No one knows the depths of the ancient power she possesses, or what will happen if it manages to escape her control. Will she lose herself entirely? Or be forever caught between Darkness and Light?

Or the paperback: Amazon  Barnes & Noble

The battle for Ciara’s power has drawn the full attention of the Emperor and the Imperial Mages, forcing Bolin to put duty above safety and take her to Nisair. It won’t be an easy trip, even with an Imperial escort and a Galysian elder accompanying them. Especially since Donovan has found himself some new allies, one of who wields a dark magic that has literally gotten under Bolin’s skin.

For Ciara, coming to terms with the increasingly tangible manifestation of her power could destroy her. Even if they make it to Nisair–something that grows more unlikely by the day–there is no surety of safety for Ciara, or any of them. Not with Donovan willing to gamble everything to achieve his goals, or Bolin’s uncharacteristically reckless behavior, the result of which is the attention of something that has everyone worried.

Loyalties will be tested, lives will be lost, and no one will emerge unchanged as they find things are not always so clear on the line dividing Darkness and Light.

Or the paperback: Amazon  Barnes & Noble 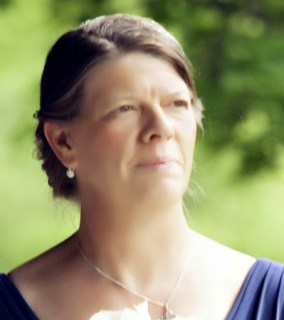 K. L. Schwengel lives in southeast Wisconsin on a small farm with her husband, a handful of Australian Shepherds, Her Royal Highness Princess Fiona the Cat, and assorted livestock. Growing up as the youngest of nine children, and the daughter of a librarian, Kathi spent many hours between stacks of books, and secluded away in dusty archives, drawn to tales of medieval heroes and conquering knights. With so many characters and ideas spinning in her head, she had to get them onto paper or risk what little sanity she possessed. She has been penning wild tales of magic and mayhem as long as she can remember, but opted to follow her artistic muse first. After earning a Bachelor of Fine Arts and spending many years working as a freelance artist, grocery clerk, art teacher, graphic designer, stable hand, advertising account coordinator, dog trainer, and process technician (among other things) she answered the call of her writing muse. When not writing, Kathi trains and trials working Australian Shepherds, still paints, dabbles in photography, graphic design, and anything else creative her assorted muses send her way.